Measure: a mental model for decision-making

Should you spend £30 on a pair of jeans, or £100? Should you get that anti-reflective coating for your glasses? Should you go to the gym, or spend that time working?

Good decision-making usually boils down to investing resources — time and money — in the right way. Doing this requires estimating the value of different decisions, but this can be really hard to do accurately.

You can think of your life as a series of events (moments in time), each having some value. Good events have a positive value, and bad events have a negative value. Through this lens, your task is to maximise the total value of all the events in your life. 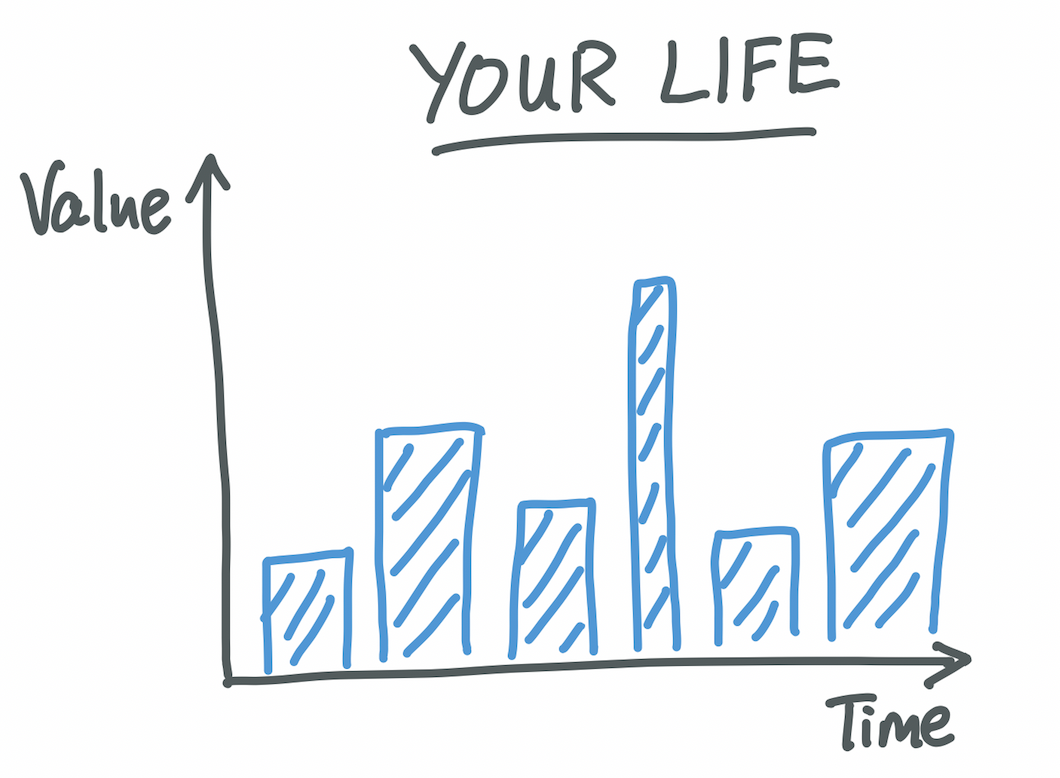 So there are two components that determine an event’s value contribution to your life:

I think we have a bias towards thinking about magnitude, but when making decisions, what really matters is measure.

This can sometimes feel counterintuitive. 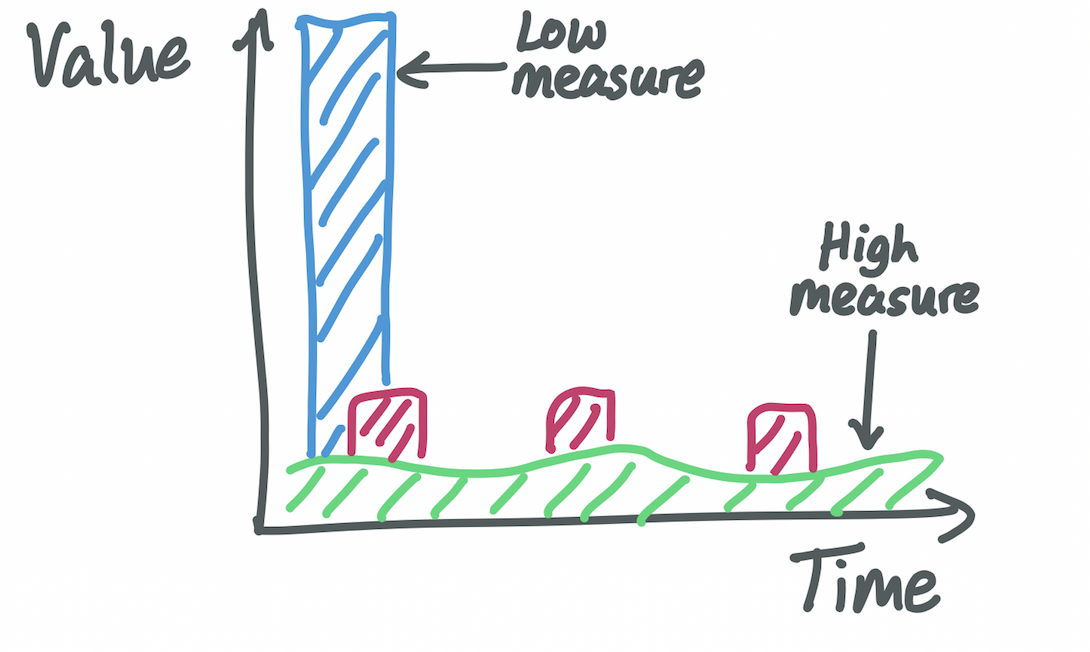 I recently went through tense negotiations to purchase a kitchen bin.

My mum wanted to spend £30 on an average kitchen bin. A 50th-percentile, just-a-bin bin.

I wanted to spend 4x more on a really good kitchen bin. Among the best bins that money can buy. A 95th percentile, more-than-just-a-bin bin.

I wanted to invest in a really good bin because it’s a high-measure item. It’s the main bin in the house, used 5-10x per day, every single day, for quite possibly a decade. Not only that, but even when it’s not in use it’s still visible! A beautifully designed bin contributes to the ambience of the open-plan kitchen/dining area, whereas an average bin probably detracts from it.

Yes, the average bin would do the job. But even if the expensive bin were only 10% better (it’s closer to 100% in my opinion), the fact that this 10% increase acts so often over such a long time frame — the fact that it’s high-measure — makes it contribute a lot of value over its lifetime. Well worth the extra pounds.

Despite thinking through this, the idea still felt weird to me. £120 seemed like a lot of money for a bin. Intellectually, I knew it was the right decision, but emotionally, I wasn’t bought-in to my own argument.

It felt counterintuitive because I had a bias towards evaluating the bin by magnitude, not by measure.

In case you’re wondering — no, my mum wasn’t convinced by my theory. Yes, we bought the better bin anyway. And yes, we’re both glad we did.

I’ll admit the bin example is a little trivial. Here are some other physical items that are high-measure for me, and that I’m always glad to invest in:

Making good decisions about material purchases is definitely helpful, but I think the real gains come from thinking about “measure” more broadly.

The ultimate high-measure investments are in our physical and mental health. These affect our wellbeing constantly, and control the amount of value we can get from other things. Everything in life is downstream from health.

But everyone knows that. By thinking about other high-measure aspects of our lives, however, we can find less obvious areas that we’ve probably under-invested in:

Radio presenters and singers have vocal coaching to understand and control their voices better. Granted, the rest of us aren’t paid for it, but we still use our voices all the time — a small improvement could be hugely valuable.

This is our primary means of communicating with people, and we do it all the time. It’s probably worth getting better at it, either by deliberate practice or by coaching.

This is one of the few things that’s (for me, at least) both high magnitude and high measure. We spend an awful lot of time interacting with other people, so improving our ability to do so is super valuable.

There are probably at least one or two people with whom we spend a lot of time. Perhaps it’s the people we live with, or the colleagues we work with. Making a deliberate effort to improve these will have a significant effect on our happiness.

With high measure investments, though, it’s worth increasing the threshold at which we start to take diminishing returns into account. Even if you spend twice as much to get a backpack that’s only 20% better, that 20% contributes a lot of extra value over your lifetime.

Compound interest is the eighth wonder of the world. He who understands it, earns it … he who doesn’t … pays it.

Charlie Munger is a strong advocate for compounding returns when it comes to learning:

I constantly see people rise in life who are not the smartest, sometimes not even the most diligent, but they are learning machines. They go to bed every night a little wiser than they were when they got up and boy does that help, particularly when you have a long run ahead of you.

Jeff Bezos alludes to it, and to “measure”, with his focus on what doesn’t change:

It’s impossible to imagine a future 10 years from now where a customer comes up and says, “Jeff I love Amazon; I just wish the prices were a little higher,” [or] “I love Amazon; I just wish you’d deliver a little more slowly.” Impossible. And so the effort we put into those things… will still be paying dividends for our customers 10 years from now.

The Hedonic Treadmill is the observation that external factors generally have no long-term impact on our baseline level of “happiness”. If you subscribe to it, it’s a great model for combating the “grass-is-greener” mentality that can creep up on us.

It does, however, call into question whether we should even bother investing in improving our lives. If we won’t end up any happier, what’s the point?

This is probably true in many domains. But I’m not sure whether high-measure physical items are one of them. I really like my bin.

I'd love to hear your thoughts :) Say hi on Twitter.
Subscribe here to get my new posts and other good stuff via email, roughly weekly: